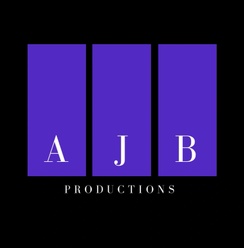 WATCH our movies online for FREE!

Click this link to access our movies on Amazon Prime. If you are a member, you can watch for FREE!

A mother must make a heart-wrenching choice.

A homeless woman's search to find her lost son.

Anne Johnstonbrown is an actor, songwriter, teacher and author out of the Los Angeles area. She has a Master's Degree in Theatre Arts and has worked as an Adjunct Professor of Theatre Arts at several Southern California universities, including The American Academy of Dramatic Arts in Los Angeles where she taught Acting, Auditioning and the Business of Acting.

As an internationally-renowned songwriter, many of Anne's compositions can be heard worldwide, from Canada to Africa, on radio and beyond. She is also the author of several books of varying genres, including children’s and mainstream fiction and non-fiction. Her most celebrated works are The 10 Commandments of Theater and True to archeType: A Guide to Characterization in Comedy, both published by Smith & Kraus, the world’s largest publisher of theatre arts books. Of Commandments, Theatre Topics Magazine (Sept., 2008) and American Theatre Magazine (Jan., 2008) each gave the book glowing reviews and highly recommended it to readers learning the art of method acting. It is currently a required text in dozens of theatre arts departments nationwide.

Over the past 30 years, Anne has enjoyed an illustrious career on the stage. As an Equity actor, Anne appeared on the famed Kodak Theatre stage (now The Dolby Theatre) as the Narrator in Joseph and the Amazing Technicolor Dreamcoat and has toured the U.S. with other national shows. She is also an award-winning audiobook producer and has released nearly 100 published projects over the past decade, many of which are the works of New York Times and USA Today bestselling authors.

In 2007, Anne had an encounter with a homeless man in Redlands, California, that changed her life forever. Through the inspiration of that one event, altering society’s perception of the homeless became her life's mission. She chronicled her experience in a novel, titled My Name’s Lyman, which later became the staged production, LYMAN The Musical. In her review of LYMAN, Broadway World reviewer Valerie-Jean Miller wrote:

"Along the way we are treated to some wonderful characters and vocal performances, that put the meaning in love, care and respect for one another....I applaud everyone involved for focusing on such a prevalent problem in our society, and putting their heart and soul into this production. It really makes you stop and think about things, wanting to feel more empathy to the world around us, and doing something about it to change things."

In 2018, the show completed its fifth production, having performed in such notable venues as The Hollywood Fringe Festival, The Long Beach Playhouse, The Grove Theatre and, as of August of 2018, the historic El Portal Theatre in North Hollywood, California.

Following the success of the staged production, Anne began working on the screenplay for the feature film. However, in order to gain the attention of potential backers, she decided to adapt several of the scenes into four short films -- A Place Less Cold, Fortune In Gold, Leaving My Past Behind, and the upcoming, Bum. So far, Fortune and Place have won multiple awards and recognitions at film festivals throughout the world. It is the intention of the author that society's perception of the homeless will indeed be changed for the good.

When a woman meets a homeless man she thinks  she recognizes, she wonders how his life would have changed had he made  different choices. Was he really a hero like he claims to have been? If  he weren't on the streets, then where would he be?

From  these questions, we take a journey through the various universes in  which Lyman might have existed, and we learn the truth about how choices  affect destiny and what it really means to be a hero.

LYMAN sets out to change society's perception of the homeless.

Robin S. - "Something so much bigger going on here."

Connie V. - "It's the sort of art that will inspire folks to take action. So glad to have been in the audience to witness your creativity and gift!"

Bill K. - "You will never know the full effect of what happened in your show last night but it did change some people!"

Michael A. - "My family from Concord N.H. thought it was fantastic. My sister told me that her eyes teared up."

Nasser I. - "Me and my girlfriend loved this play. I am a homeless x-felon/motivational speaker, student at Chaffey. My friend who stays with me is a homeless vet. Me and her were in tears very emotional."

Dan B. - "Anne, wanted you to know my wife and I THOROUGHLY enjoyed seeing "Lyman" at the Grove Theater in Upland this past Sunday evening. The actors were both dynamic and mesmerizing....Performances to behold indeed. Great work and theme. Thank You for sharing."

LYMAN at the El Portal...

"Along the way we are treated to some wonderful characters and vocal performances, that put the meaning in love, care and respect for one another. The gospel songs that Eddie Griego sings throughout, as the Homeless Veteran, are just so beautiful and soulfully sung. All of the the characters who sing have wonderful voices, and sing from the heart."

"I applaud everyone involved for focusing on such a prevalent problem in our society, and putting their heart and soul into this production. It really makes you stop and think about things, wanting to feel more empathy to the world around us, and doing something about it to change things."

(Click here to read the review in its entirety.)

Broadway World review of LYMAN The Musical at the El Portal, August 18-26.

It was our honor to be interviewed by famed marketing expert Joie Gharrity for her web show, The Hollywood Spotlight Series, on April 17, 2018. I was joined by LYMAN alum, Veronica Crystal Young, who brilliantly plays Older Marilyn in the show. We discussed our careers in Hollywood, as well as my creative process for bringing LYMAN The Musical to life.

Check out the video! (on the left)

And check out some of our cast members in a follow-up interview with Ms. Gharrity. Click on the link HERE!

Sign up to be the first to hear about future shows and special promotions.