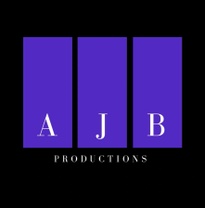 Why I Wrote LYMAN...

The thing about homelessness—and especially Veteran homelessness—is that I don’t know what to do about it. I’m not offering a solution to the problem because I don’t have one. But I do know that we can’t end homelessness until society, as a whole, changes its perception of the homeless.

Anyone can make a choice that takes their life down a road that leads to the streets…anyone, including you and me. And sometimes that choice is not a conscious one. It is a circumstance, thrust upon us, outside our control.

It is true, we will never know ALL the heroes that are dimly veiled by the shadow of the streets. But one thing we do know: the homeless have less of a chance to become the heroes they are destined to be when they are starving, weather-beaten and spiritually wounded.

If a known hero—let’s say the beloved commercial airline pilot, Captain Sully—asked us to help him, we would jump at the chance. Why? Because he has worth. He has earned his title, and to repay him puts us closer to the role of hero ourselves. So why don't we “jump” when given the chance to help a homeless man? Who is to say that there isn’t a “Captain Sully” living on the streets right now? (Actually, there are thousands of them!)

The majority of homeless people are good at heart, not morally corrupt and not necessarily drug addicted. Yes, addiction is often a precursor that leads to the type of choices that turn someone homeless, but so is simply losing one’s job or having a mental breakdown from the stress of Life. There are many reasons why people become homeless, but most people don’t “set out” to be homeless. It’s an objectionable situation. It is the last choice a person makes before giving up entirely, and unfortunately, far too often, the homeless DO give up entirely.

We need to quit making excuses for why we can’t (or won’t) value the homeless as much as we value ourselves or the heroes to whom we seek a closer connection. If we looked upon every homeless person as a potential “Captain Sully,” I believe we would be more motivated to make a difference. And yet we know for a fact that there are over 40,000 American veterans living on the streets even as I write this. If we were truly thankful for the sacrifices our veterans—our American heroes—made, we would never allow it!

And that is why I wrote LYMAN. It’s not a solution. Consider it a petition—a request of society to give every person the benefit of being valuable, to come to the realization that the person we think of as just a “bum” could possibly go on to change this world for the good someday. But in order for “someday” to come, the homeless will need our help TODAY.

If homelessness is an issue that speaks to you (like it does to us), please get involved! Below is a link to find your nearest homeless shelter. If you feel like you don't have the resources, direct those in need to one of the nearest shelters. Keep the link on file for ease of access. You can also do small things to help. It's as easy as taking a bottle of water to the homeless man who begs on the corner. Or, if you have extra blankets sitting around, you could bless a homeless person with the gift of "warmth." Is there a homeless organization you could lend your help to? A quick Google search would answer that for you. And finally, get the vote out! Let your voice be known! Make a change where it counts...at the ballot box!

Find A Homeless Shelter Near You